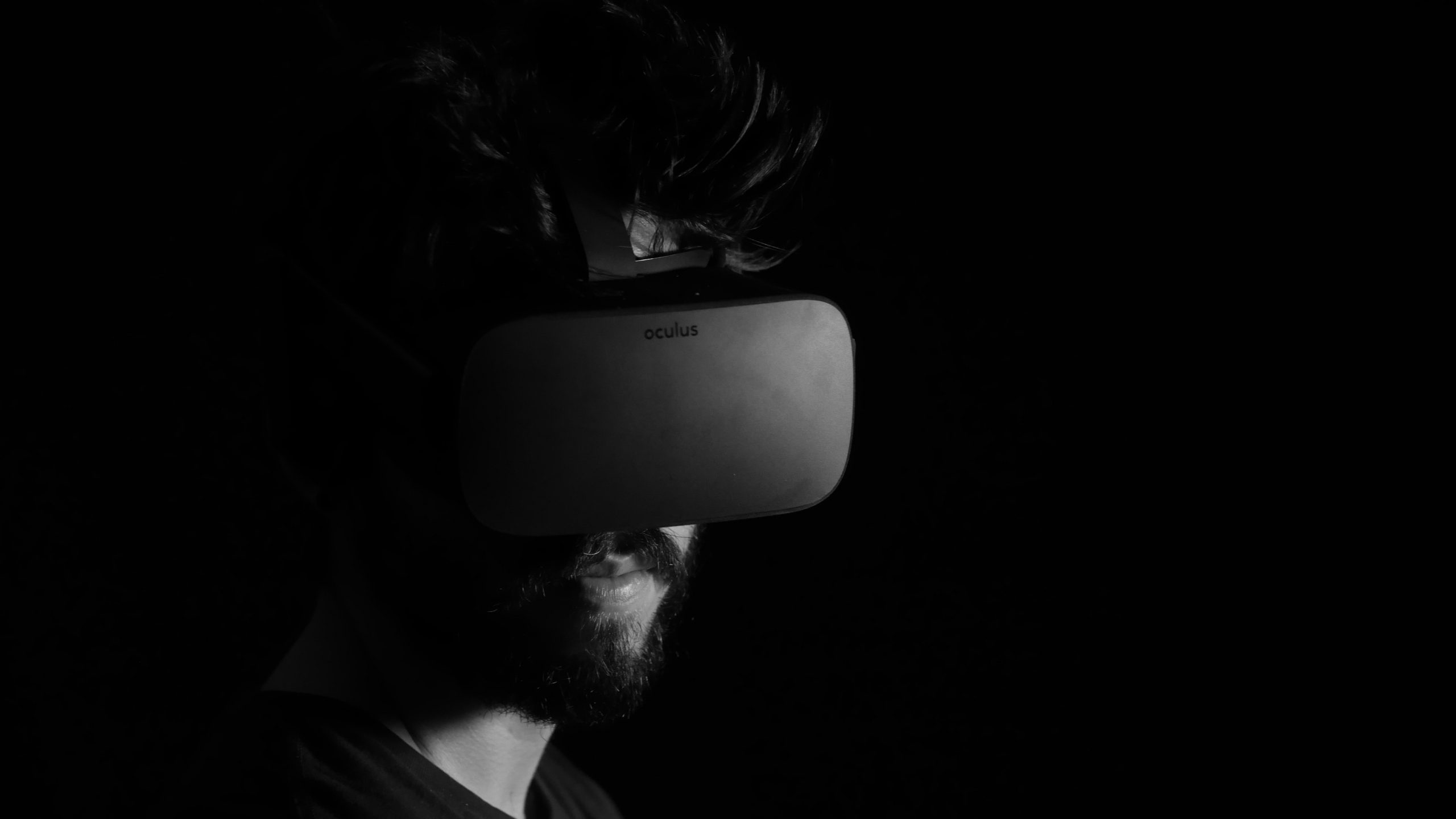 The phenomenon of VR games

There was a moment of chaos. The liquid before Dan’s eyes clouded suddenly white, and formless sounds buzzed. He moved to tear the device from his head, but emerging forms in the mistiness caught his interest. Giant things were writhing there

Do you know the novel entitled Pygmalion’s Spectacles, written by Stanley G. Weinbaum? It was the first to introduce the idea of a remarkable system – virtual reality goggles, which allowed its wearer to move into a completely different, unreal world and experience it with all his senses. The book was published in 1935, and after decades of cyberpunk dreams now everyone can experience Virtual Reality for real! ! As of 2021 slowly but steadily a whole metaverse of VR experiences is growing around us.

What are VR games?

Games designed for VR are different in many ways, but first of all they deliver an incomparably immersive experience in fictional 3D worlds . Would you believe it if someone a years ago told you that you’d be able to be anywhere you want without moving from your cozy and comfortable couch? Travel across fantastic, extraordinary lands, talk to people from all over the world sitting together around a virtual bonfire or perhaps fight to the death with a gigantic dragon? All of this experienced with your own body and senses. Today, this is possible thanks to modern virtual reality hardware and games created by VR aficionados!

To play games that take you into virtual reality you need a device that somehow tricks your brain. Specially designed VR goggles are your ticket to a world of endless possibilities! VR goggles are a device that is worn similarly to ski goggles. However, they provide an incomparably better experience. So how VR goggles work? The most important element of the goggles is the system of lenses and two screens. The same content is displayed on them, but it is slightly shifted to each other. Each eye looks at only one screen – special lenses make the VR goggles trick the brain into thinking a regular 2D image is 3D.

The devices are also equipped with modern sensors such as accelerometer, gyroscope and magnetometer. Thanks to this, moving around the room we’ve the feeling of smooth movement in the virtual world.

Another layer of the experience are the modern move controllers. They give you the illusion of interacting with the game world directly with your hands – grabbing, moving, pulling, climbing… or kayaking. Look no further than the amazing Half-Life: Alyx by Valve. The lack of natural weight of objects sometimes is a bit odd, but haptic feedback helps to give your tactile sensations additional realness, and new solutions to improve that aspect are in the works.

Your head position and movement is also tracked, allowing for all those engaging evasions in action games, and little fun moments, like seeing your avatar reflected in a mirror, or shaking off something that fell on your head.

In the last few years more and more VR goggles on the market can work as standalone pieces of hardware, allowing for fully immersive, wireless movement.

Where to buy VR games?

You can find VR games on most game distribution platforms such as Steam, Oculus Quest, Oculus Rift, HTC store or the Playstation online store. Currently Quest and PSVR are the most prominent VR platforms.

Be in places out of reach of average mortals!

Where would you like to travel today? Will you visit undiscovered planets and meet their strange inhabitants? Let’s play Stargaze! Cosmic space is not your thing? You can also take a rollercoaster ride, travel through time, slice & dice your opponents with swords in your hands, or jump in the middle of a chilling crime story!